STAY UP TO DATE ON BIG DATA

Over the last decade, there have been outstanding progress in the field of 2D vision on tasks such as image classification, object detection or semantic segementation. There are several factors that contributed to these breakthroughs among which the availability of large annotated datasets or the advent of GPUs for numerical computation. But we can argue that the convolutional neural networks (CNNs) were what really changed the landscape of computer vision.

Advanced robotic systems, such as a self-driving car, generally require visual perception capabilities beyond 2D images. 3D data generated by 3D scanners often come in the format of point clouds, an unordered set of 3D points, and therefore invariant to permutations of its members. Due to this property, convolving kernels with point clouds cannot be done as it is for 2D images.

A point cloud is simply an unordered set of 3D points, and might be accompanied by features such as RGB or intensity.

By nature, point clouds are irregular (with regard to their density) and unordered, and therefore invariant to permutations of their members. There are many ways to visualize point clouds among which the open3d python library.

This should open a 3D visualization similar to the image below for which the point cloud is a sample of the ShapeNet dataset. There are some other available datasets such as the Semantic3D dataset or the S3DIS dataset. 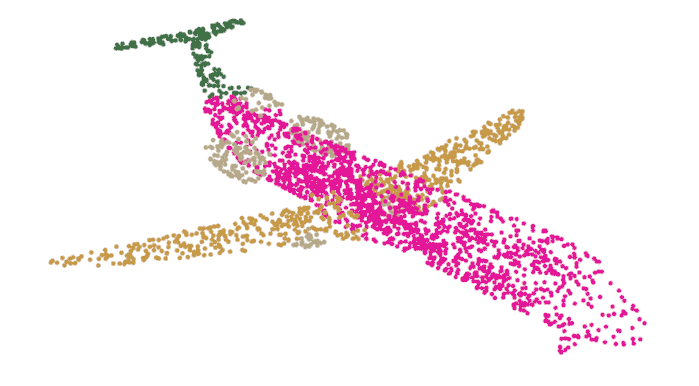 Another great alternative for point cloud visualization is CloudCompare, an open source software which comes with a graphical user interface among other tools.

A point cloud is not the only available representation for 3D data. Among others, the voxel[1] and the multi-views[2] approaches are worth discussing here. As 2D images are represented as grids of pixels, a 3D object/scene could also be mapped to a grid of voxels (the 3D equivalent of a pixel). This representation has a great advantage: most of the techniques developed for regular domain data such as images can be applied to it. But this volumetric representation is limited by its computation (and storage) cost, and also by its resolution due to data sparsity. On the other hand, there is even a more direct way to leverage regular domain techniques: using 2D images of an object/scene taken from different viewpoint. This is the so called multi-views approach. Although it has achieved great performance on classification, it is not that easy to extend this to point semantic segmentation or scene understanding. Both these two alternative approaches leverage the power of the convolution operation which will be quickly explained in the next section. Unfortunately, a point cloud being an unordered set of points, it is impossible to direclty convolve a kernel with it. In the next section, this problem is going to be illustrated.

As previously mentionned, the convolution operation is one of the key contributors to the 2D vision performance of neural networks. The fundamental building block of a CNN is illustrated below.

A kernel is first convolved with the input, then a non linear activation function (e.g. RELU) is applied, and finally a pooling (e.g. max) is performed to produce the so called feature map. Generally there are several kernels applied per block resulting in several feature maps.

In addition, the use of max pooling allows the model to be invariant to small translations, and also improves the computational efficiency since the next block is going to be fed with a smaller input. The representation power of CNNs truly shines when these layers (blocks) are stacked after each other. Basically, the first convolutional layers learn low level features such as edges while the last layers learn higher level features. This is pretty much illustrated in the figure below taken from [3] where the authors used a deconvnet to visualize the activation of convolutional layers.

Naturally, we would like to apply the representation power of this simple CNN building block to point clouds. Unfortunately, doing so would result in two big problems: variance to ordering and desertion of shape.

To illustrate these problems, let's consider the three point clouds (i, ii, iii) in the image above. Each of them is made of 4 points, and each of these points has a feature associated with itself, represented here by the color of the point. Consider now that we would like to convolve a kernel with these point clouds. The convolution relative ordering considered here is represented by the number associated with the points. Doing so, we would get :

while the cloud shape and features are identical means that the convolution operation would lead to a variance to ordering.

This example illustrates clearly why we can't simply convolve kernerls with point clouds like it is done for data represented in regular domains such as images. It also defines pretty well the problem associated with learning features from point clouds. We need to find a function

to replace the convolution operation and this function must exhibit the following properties:

This problem of permutation invariance is not really specific to point clouds, but it rather forms a general problem associated with sets. A more generic approach for this problem can be found in the "Deep sets" paper [4]. In addition I found this blog article [5] particularly instructive on this topic.

The first proposal to solve the aforementioned problem is PointNet[6], a paper published at CVPR 2017. Their approach is somewhat simple:

The authors formally demonstrate in the paper that a max pooling function associated with the learned spatial encoding of each point can be used as a general function approximator. In the worst case, the network can learn to convert the input points into a volumetric representation, but in practice the network is able to learn a better representation of the input data.

The full PointNet architecture can be visualized in the image below taken from the original paper. In order to gain a deeper understanding of it, we will go through a step by step PyTorch implementation. The full code can be found on this GitHub repository.

We will start by defining the transformation networks (input and feature transform). They are in part very similar to the full PointNet:

The implementation given below can be used both for the input and feature transforms simply by specifying the expected output dimension (respectively 3 and 64).

The PointNet architecture can be used both for classification and semantic segmentation. We will define a base structure which can therefore be extended for each task. This base module includes two transformation networks as defined above, but also the point encoding and the max pooling operation. Again point encoding is done via a shared MLP that can be replaced in the implementation by a 1D convolution operation with a kernel size 1. There are eventually a couple of details important to notice:

Finally, as stated earlier, depending on the task (classification or segmentation), two modules are implemented. They both extend the BasePointNet module defined above.

As we can see above, the implementation of the model is pretty straight forward in PyTorch. On the GitHub repository, the full implementation, including training loop and inference can be found. Two datasets are available:

The introduction of PointNet was a great step forward. It allows to use point clouds as input for deep learning. However by essence PointNet has a big limitation: it cannot capture local structure induced by the metric space points live in, therefore making it unlikely to learn fine grained patterns or to understand complex scenes. This is due to the max pooling operation which takes the full cloud as input to produce a global feature. So although solving the invariance to permutation issue discussed above, PointNet does not really tackle the problem related to the desertion of shape. To answer to this limitation, the same author published later at NIPS 2017 an improvement over PointNet called PointNet++[8]. The principle of PointNet++ is pretty simple: a PointNet network is applied recursively to a nested partitioning of the input point set. The approach is somehow similar to CNN with images. The first layer kernels see very local data (small receptive field), but the deeper the layer, the larger the receptive field.

In addition to PointNet++, there have been several recent development among which the interesting PointCNN[9]. Their approach is quite different. They propose to learn a transformation that would learn a canonical representation of the input points invariant to permutations. From there, standard convolution could be applied. As the authors precised, the invariance to permutations is far from perfect, but they still claim to achieve state of the art results on principal point cloud datasets. 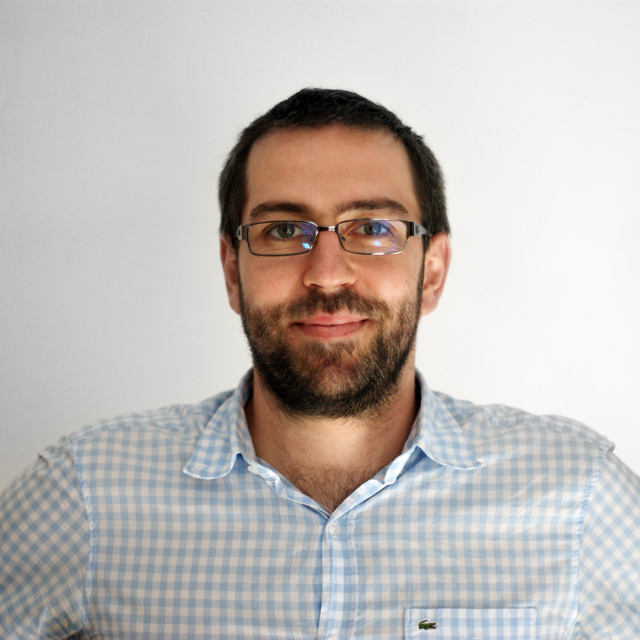 Romain founded Qwertee in 2017. He holds a Ph.D. in quantum physics from Grenoble University (France). Romain has a strong expertise in data intensive topics, ranging from data science to data engineering. Having worked in 3 different countries in both multinational corporations and startups, Romain has a strong international experience. Romain’s curiosity led him to work in very diverse engineering roles such as physicist, data scientist or software engineer. While being away from keyboard, Romain enjoys spending time with his wife and their young daughter. 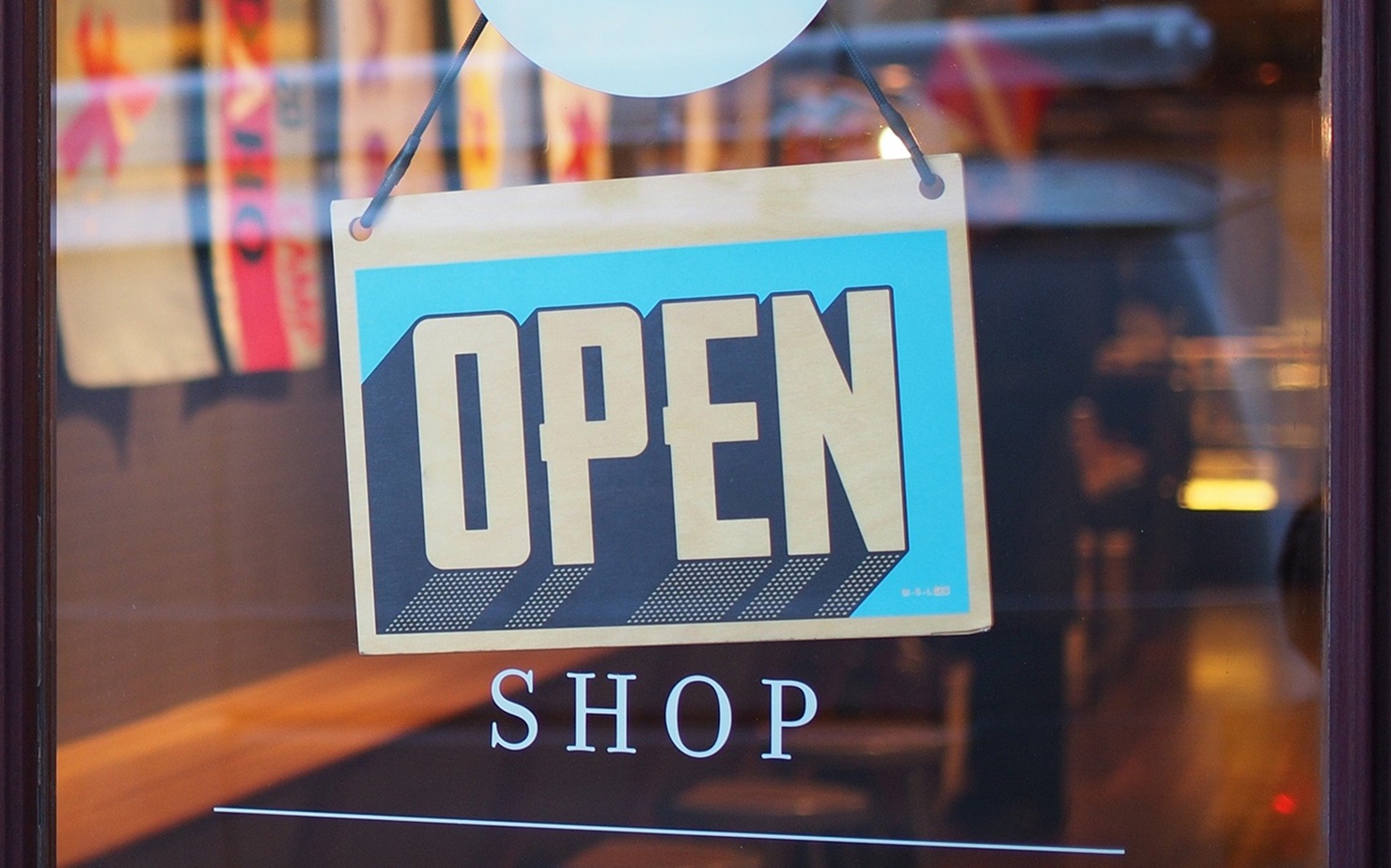 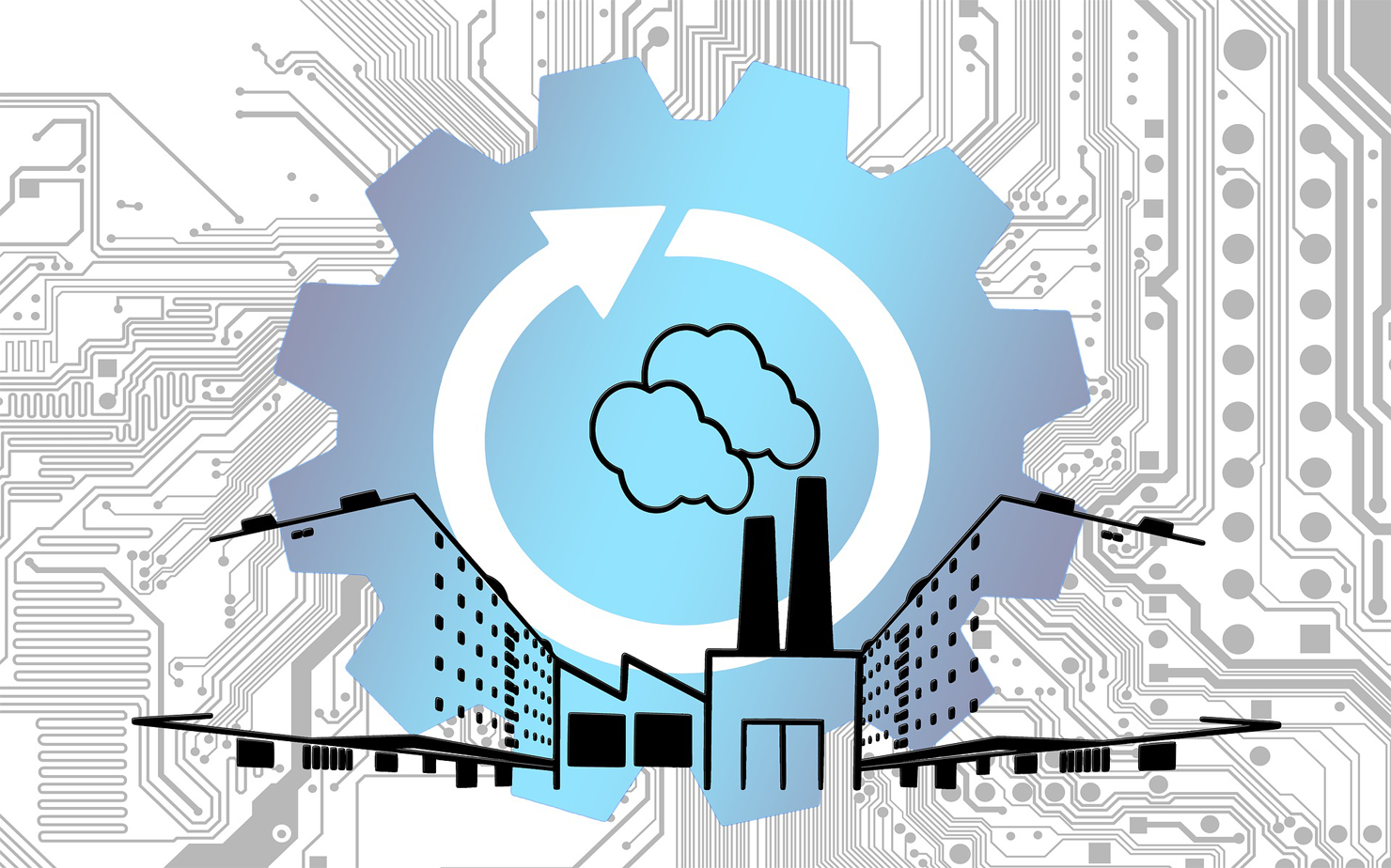